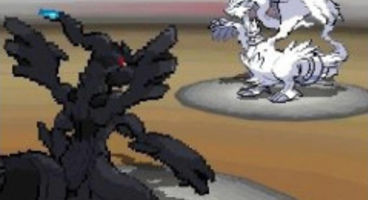 The North American release date for Pokemon Black & White has been revealed as March 6, 2011. The game has been out now for several months in Japan, and will have 3D capability for when the Nintendo 3DS is released in March.

The Black version will offer the Pokémon Reshiram and a setting called Black City, while White will contain the “lush, green area” of White Forest and let you capture Zekrom.

Black & White will be the first Pokemon game in a long while to have an new storyline, this time focusing around the villainous Team Plasma, which represents itself as a sort of “Pokemon Liberation Front”. The game will also not only feature a day/night cycle, but a seasonal one as well, so there will be rare season-linked Pokemon to hunt. The game will also feature “3 vs. 3″ battles, a new alternate dimension land called the Dream World, and special online Wi-Fi modes that allow players to not only compete but engage in special co-op gameplay.