Ubi : No new trophies/achievements with ACII's 'Battle of Forli' DLC 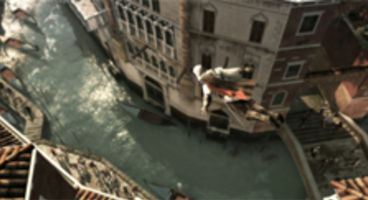 Publisher Ubisoft has revealed there are no additional trophies or achievements to be garnered from Assassin's Creed 2's fresh DLC.

The Battle of Forli is the first of two DLC pieces, and it releases today. They both fill in gaping holes of the story, or 'corrupt memories'.

"I hate to be the bearer of bad news, but we got word form Ubisoft this morning, specifically UK Community Manager Korina Abbott, that the Assassin's Creed 2 DLC will not come with new trophies," reports PS3 Trophies.

The DLC goes for 320 MSP/$3.99/£2.72/€3.72 and is going live today with the second piece, Bonfire of Vanities, due later in February. Both of the downloadable content releases will be included on disc of the PC version of Assassin's Creed II - due in March.