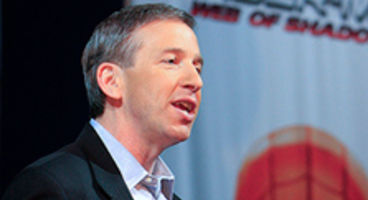 Now he'll be vice-chairman of Acti Blizz for rolling 12 month periods, and be a part of "internal strategy sessions" and other exec shenanigans.

From April 23rd he was no longer the head man at Activision Publishing, and now gets to sit in loads of director board meetings and pick up an annual salary of $250,000.

His new role involves "participating in board of directors and chairman of the board meetings and other internal strategy sessions; providing counsel to Activision Blizzard's executive team; and providing services on key initiatives and projects, as requested by the CEO." Yeah it sounds rather dull what then again he gets 250k clams a year.

Griffith became part of Activision in 2005 and has kept himself placed high in the executive circles during the Vivendi merger all that time ago - remember that? It's unclear if his resignation from his previous post was related to Infinity Ward's troubles.

Still at least for Acti's sake he's not walking away, or better yet not suing them like so many other current or former employees of the publisher are doing.