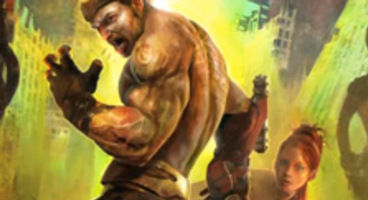 Heavenly Sword developer Ninja Theory chalks up their confidence for PS3 Enslaved because they're not "starting from scratch" now.

They had a "much clearer idea" of what and how to make it. Before, games "were tainted" by price negativity and "things people were saying".

"When we went into this project instead of starting from scratch with absolutely nothing we had a much clearer idea of what we wanted to do and how we could do it,” Tameem Antoniades told NowGamers, Ninja Theory's chief designer.

"The PS3 didn't scare us anymore because we were so used to it, so it's been a lot smoother." The developer's next game is Enslaved: Odyssey to the West, with its story penned by 28 Days Later and Sunshine scribe Alex Garland.

"I think a lot of the games that were announced back then were tainted by that negativity about the price of the console and the things people were saying about it." Antoniades feels all of that has largely slipped away for the PlayStation 3.

Enslaved: Odyssey to the West releases on Xbox 360 and PS3 this fall. Did you have issue with Heavenly Sword for PS3? Could you tell it was their first title for the platform?

Check out an interview between Tameem Antoniades and GameTrailers below, as he discusses what we can expect from Enslaved.