Sony tips LittleBigPlanet 2 as PlayStation's 'next big one' after GT5 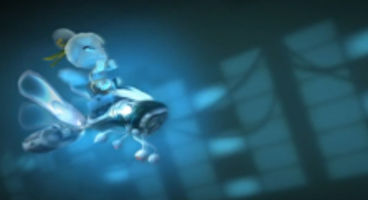 Andrew House, president of SCEE, has talked up Media Molecule's "truly incredible" sequel LittleBigPlanet 2 as being the next 'big one' for PS3.

That's after Polyphony's long-awaited Gran Turismo 5 finally hits. House "can't wait" for LBP2 to arrive and he "can promise" it will be great.

"Which game is going to be the "big one" after GT5?" was the question posed to SCEE boss Andrew House, to which he responded on the UK PlayStation Blog.

"I think we have a fantastic line-up of games coming out later this year and into 2011. We have just announced LittleBigPlanet 2, which is very exciting," said House.

"The original game changed the way developers now look at developing games and the things Media Molecule has done with the sequel are truly incredible. I can’t wait for LBP2 to come out and can promise you that it will be great."

Sony won't slow down in acquiring studios they feel are nothing but a compliment to the PlayStation platform, and to bolster their first-party ranks. "Our acquisition of Media Molecule clearly shows our commitment to our first party studios, to ensure that we continue to offer by far the most compelling, innovative exclusive games," he said.

"Over the years we have done this with developers such as Guerrilla Games and Evolution Studios and now with Media Molecule. I think it is clear that we are prepared to invest where there is long-term creative benefit to our platform and our consumers."

Check out the reveal trailer for LittleBigPlanet 2 below.