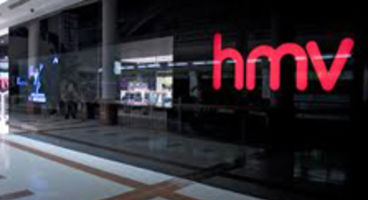 Retailer HMV bemoans supermarkets selling major releases for below-cost prices, like that of Modern Warfare 2, as in the long term it deflates the market.

"I think that particularly, below-cost retailing - which supermarkets actively engage in - for new releases is extremely damaging for the industry," said HMV CEO and MD, Simon Fox. Tesco and ASDA in the UK sold Modern Warfare 2 for just £25 at launch.

"Firstly it creates massive price deflation, and customers think that if the absolute newest and best product is on sale at £25, why should I pay any more for a less high profile or older product? It immediately puts massive deflation on to the market."

"And secondly, what it will ultimately do - as it's done in other sectors, such as off license - is destroy the High Street specialists," he continued. Rival specialist chain GAME has just revealed plans to close 85 more stores by 2013.

"Because they can afford to sell below cost in certain categories, in order to kill of High Street competition, and then either they lose interest in the category altogether - which, I think in music you can probably see that the storm is somewhat passing. But the risk is that they come in, destroy prices and then they lose interest altogether."

It's not just specialist retailers but all the high street is put at risk by supermarkets.

Publishers treat supermarkets like any other entity looking to buy and sell on their wares, but perhaps they shouldn't argues Fox. "This is all about today's short term decisions versus taking a longer term view," he said.

"I fully understand why publishers would sell to supermarkets in great quantities - it's completely understandable. The question really is how the publishers will feel in two or three years' time if their only route to market is either digitally - direct - or via supermarkets."

In all fairness to the supermarket forces, online retailers have already been nipping at the heels of in-store high street retailer prices for years. Isn't this just the evolution of the market? Survival of the fittest and all that...