THQ: "Richer" stories, character and quality is the future, not tech 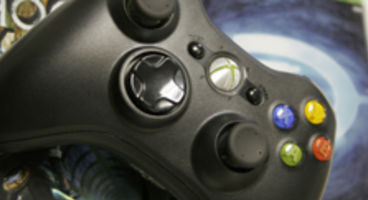 Boss man Brian Farrell of THQ says that new hardware is "the last thing" our industry needs as the videogames coming out now "look stunning".

Better to have an "extended cycle" with a wider audience - Kinect and Move help toward that. Fidelity from tech is 'good enough' - focus on 'richness'.

"Frankly, the last thing I think the industry needs now is new hardware. You look at the games coming out on PlayStation 3 and Xbox 360 now and they look stunning," said THQ president and CEO Brian Farrell. "If we were to have another $1000 box that the hardware guys have to subsidize and that software developers have to spend even more money developing, that model just doesn't work."

"So to have an extended cycle with a broader audience I think, strategically, is exactly the right way to go, and Move and Kinect are both designed to do that," he added. "The market will decide if one or both of those will work, but I love the concept of both hardware guys trying to broaden the audience beyond just the core consumer."

It's always argued that by the time a console cycle draws to a close as its successor launches, the developers have just managed to 'master' the platform. Microsoft and Sony both intend for their machines to last at least a good decade.

"When you talk about games or consoles, I always go back to what's in it for the gamer?" Farrell explained. "What's the proposition for the person shelling out the $300-$400 for the system and the $60 for a game, what is value proposition for that gamer?"

"And right now, I don't know what that is in the next console cycle."

"Better graphics? They're pretty darn good now. Better sound? No. Gameplay? Probably not. So I think the ways games are evolving now is really a direction we're going. Where it's going to be is in the play experience; richer stories, better characters, production values that are much more like movies," continued Farrell.

"I think that's the direction, rather than technology and graphics. I think those days are over." Are the graphics of videogames today enough for you?