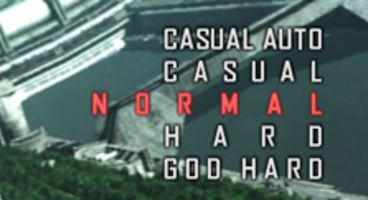 If you like your games super easy-peasy then Platinum Games has you covered for their upcoming action shooter Vanquish with 'Casual Auto'.

Director Shinji Mikami was "pleasantly surprised" how fun it was to play on this mode. Fear not gaming masochists as there's also a 'God Hard'.

In all there are 5 difficulty choices and the first is grandma-friendly 'Casual Automatic'. "Before we started work on it, I can’t say that I had high hopes; however, once we got it up and running, I was pleasantly surprised to see that I was wrong," said Mikami-san.

"Once you get your target on the enemy, the rest is easy as pie. I’m sure saying it that way makes it sound totally uninteresting, but when you actually give it a shot, the tempo it gives the game play will make you jump up and say, “Woohoo!”

The Vanquish director definitely recommends you start on the normal difficulty as it "takes some time to get used to aiming and firing at enemies on your own, but we’ve fine-tuned the aiming controls, so you should be fine." Then there's the challenge to deities...

"Finally, we have GOD HARD mode. I think our fans will get where this one is going. This mode is only for the chosen few (you can’t select it on your first play through). If you are a bit of a masochist, I think you will have a good time," added Mikami-san.

Yes annoyingly the hardest of difficulties is locked until you play the game through. Why do studios bother doing this? Vanquish releases on Xbox 360 and PS3 in October.