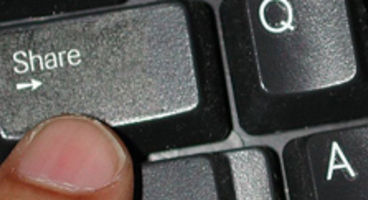 The list had over 5,300 people on it and has now been widely shared via torrent sites, which is of course the biggest insult to injury for ACS:Law. This list specifically names individuals who were sharing materials of a rather 'adult' nature.

A new leaked list with over 8,000 contacts has just been published as well, which harbours those believed to have been sharing music illegally. ACS:Law is known well in the UK for sending out letters demanding £500 per 'violation' or face court proceedings.

In July 2009, 20 people say they were wrongly accused by ACS:Law as part of a Which? investigation into the firm. 6,000 letters have been sent by ACS on behalf of developers like Reality Pump (Two Worlds) and Topware Interactive (Dream Pinball).

The law firm is now facing serious legal trouble itself: "The question we will be asking is how secure was this information and how it was so easily accessed from outside," Information Commissioner Christopher Graham told BBC News.

"We'll be asking about the adequacy of encryption, the firewall, the training of staff and why that information was so public facing."

"The Information Commissioner has significant power to take action and I can levy fine of up to half a million pounds on companies", he said, referring to those who flout the Data Protection Act. The Solicitors Regulation Authority is investigating ACS:Law.

"We were the subject of a criminal attack to our systems. The business has and remains intact and is continuing to trade," Andrew Crossley of ACS:Law told the BBC.

The group responsible for the leaked information are the infamous community users/pranksters of 4chan in what they dubbed 'Operation: Payback is a Bitch'.