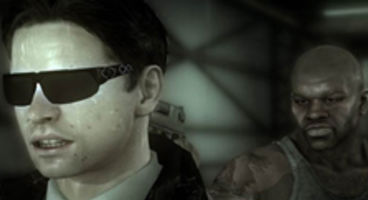 He's never played the game but "pored over" reviews and gameplay clips. It fell afoul of "scope, budgets and timeframes" as all projects do.

"Unfortunately I don’t own a PS3, but I’ve pored over the reviews and extended play video from the various sites. It’s beautiful and brilliant but visually uneven at points, which unfortunately is the nature of the industry because of the scope, budgets and timeframes required," Carson told VG247 in an interview.

"I would have loved to have worked with them on that project. I think we could have help with that. In the end it’s a very different product from Alan Wake and I think everyone will agree once it comes out."

"The exciting thing is that as an industry we are seeing the products; character driven, empathic and cinematic projects. It only gets better from here." CaptiveMotion has worked extensively with Remedy on Alan Wake, an Xbox 360 exclusive due out in May.

Alan Wake is a story-based action horror that's been in development for what feels like forever, and it was due a PC version but that's been dropped. Why not check out the full interview between motion capture guru Mark Carson and VG247?