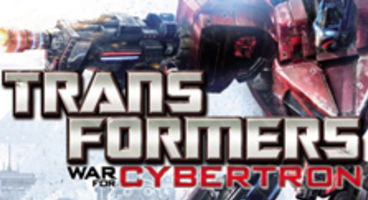 Toy maker Hasbro is really excited about the potential videogame future of Transformers thanks to High Moon Studios excellent 'War for Cybertron'.

During a Q&A at BotCon, Aaron Archer of Hasbro said they're "talking with Activision" about the possibilities of "brand expansion". It could go RPG?

"We are considering, this game presents opportunity, we are talking with Activision about future, please buy the game to support it," reports Tformers, summarising Aaron Archer's words from his response at the BotCon Q&A with High Moon's Matt Tieger.

He even joked about a wanting "Twisted Metal Transformers" as a racing title in the franchise. The movie-tie games of Transformers blew, and blew big time, but High Moon Studios has gotten gamers and fans alike excited about talking robots.