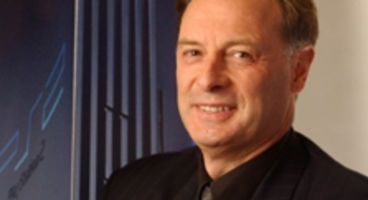 Hiroshi Tobisawa of Capcom Europe said they're pleased to have someone "of David's calibre," adding his expertise "will be invaluable".

As of April 1st, David Reeves will be the latest Capcom senior boss. "We are very pleased to have secured the services of someone of David’s calibre," said President of Capcom Europe, Hiroshi Tobisawa.

"He brings with him an unprecedented level of industry knowledge and expertise which will be invaluable as we look to grow our European operation."

Reeves had held seat at Sony for the past 14 years before stepping down as CEO of Sony Computer Entertainment Europe, overseeing the launch and rise of the PS3.

"I established a close working relationship with Capcom during my time at Sony and have always admired its commitment to push boundaries and develop innovative titles," said Reeves. This year Capcom releases Dead Rising 2 and Lost Planet 2.

"It is therefore a real pleasure to now join this organisation and be a part of its future successes." The former Capcom Europe COO, Mark Beaumont, passed away.