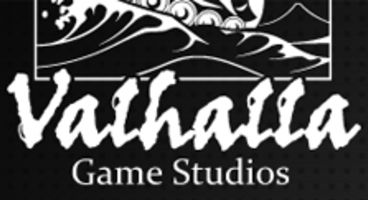 Tomonobu Itagaki, former head of Team Ninja, has revealed his new development studio Valhalla only has a single project on the go for now.

It would be foolish to "thin our ranks" said Itagaki-san, stretching resources over many projects. Likely to start another "near the end" of this one.

"We're currently focusing our resources on making one game. Valhalla will compete in the field of mainstream, packaged games so it wouldn't be effective to thin our ranks by dividing our 50-man staff into different projects," Itagaki-san told 1UP in an interview.

Valhalla Game Studios, previously known as Tokyo Vikings, is made up of many ex-Tecmo developers. Itagaki-san left Team Ninja and sued Tecmo over unpaid royalties back in summer 2008, and only recently settled out of court.

"I do plan on hiring even more skilled people, and although we've had job applications from many countries, we're still thinking about the composition of the team. However, we'll probably start a new game near the end of the current project," he continued.

"In the long term, it doesn't make sense for a company to only make one game, and so we're also looking at preparations for the next few years." We shouldn't read too much into the studio's logo for hints on their upcoming games either, said the boss.

"The logo reflects our philosophy, but has little to no influence on our current game. It's more a pillar of thinking supporting our philosophies."

So what of their current project? "All I can say is that Valhalla's current project is one of a scale on which I have never worked on before," teased Itagaki-san. Were you sad to see Tomonobu Itagaki leave Team Ninja and the Ninja Gaiden series?