Toonstruck 2 needs all adventure fans, "if you want it bad enough" 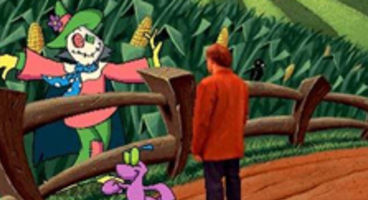 A sequel to the 1996 adventure game Toonstruck could see the light of day but only if "tremendous fan support" was behind the ambitious return.

Some assets for the intended sequel that never was have been found, and rights holder Keith Arem has rekindled his interest. Tim Curry was in it!

"While the game was internationally critically acclaimed, the game did not receive the sales we hoped, and the second half was never released. Now that my career has developed, I would like to re-release an updated version of Toonstruck to include the 2nd half of the game (iPad, online, etc), but I would need tremendous fan support to justify its release..." said music director Keith Arem himself.

So if you feel like giving an old adventure series a second chance then check out the community petitions and campaigns to get Toonstruck 2 developed: