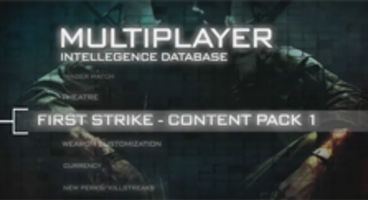 Be careful if you're picking up Call of Duty: Black Ops' first DLC because it's very sensitive to what region you call home. It's bad news for import gamers.

Choosing the wrong copy of First Strike means you've just wasted your money. If you imported then your region may not be available at all.

"Put into its simplest terms, if your copy of Call of Duty: Black Ops is in English, you must use a download the pack in English as well," read the Xbox forums.

"Don’t worry, we’re going to be clear in our offer descriptions about which language you are downloading and only make languages available in Xbox Live Markets where those languages are sold." This however presents another problem entirely for importers.

"If you, lets say, live in Canada where both French and English are supported, if you download the pack in a language other than your disc it will not work and you will receive an error (‘The content you are trying to load is from a different region’). Of course, to avoid this — check the offer names and descriptions closely!" they continued.

There's really only one solution for imported copies: "If you happen to have imported the disc from a different country and use a Live account where you live, you may also run into issues as the language of that disc may not be available."

"For example, if you live in the US and brought a copy of Call of Duty: Black Ops home from France, you will not be able to buy the French version of the pack on your US Xbox LIVE account as that version of First Strike is not sold in the US."

"The only solution is to buy a copy of Call of Duty: Black Ops locally that supports the languages supported in the country of your Live account," warned Microsoft.

What does this mean for videogamers overseas in the Armed Forces? Call of Duty: Black Ops first DLC 'First Strike' is available exclusively for Xbox 360 today.