1 in 5 PSN users thinking of switching to Xbox Live 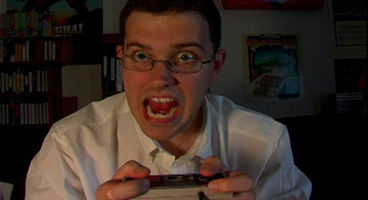 The Angry Video Game Nerd is NOT PLEASED.
CouponCodes4U surveyed over 2100 PlayStation Network users on whether the outage and security breakdown of user information had soured them enough to consider switching from PSN to Xbox Live, and one out of every 5 users stated, yes, it did.

CouponCodes4U Chairman Mark Person commented on the survey, "As a video gamer myself, this data theft is especially worrying and I'm not altogether surprised that Sony are likely to see an exodus to console competitors. As hackers get more and more intelligent, companies simply have to keep up. Sony has a responsibility to its millions of customers to protect personal details and this data theft proves that they weren't capable of doing so. It's clear that gamers across the country have decided that this failing is enough to switch their allegiances to the console's closest rival."

GameStation had been offering trades of PlayStation 3's for Xbox 360's during the outage, and was doing pretty well. Sony's loss is definitely Microsoft's gain.