Catwoman will be a playable character in Arkham City 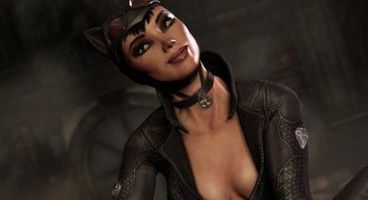 A new Batman: Arkham City trailer reveals a stunning revelation: Catwoman will be a playable character!

GameSpot enjoyed a demo which showed off an encounter in which enemies on the street were dispatched by her modest array of three gadgets, which included a bolo. Her combat moves are appropriately lithe and fluid, a mix of punches and kicks which are given a slightly vampy twist and feature cool finishing moves.

Unfortunately, players will only be Catwoman for a tiny portion of the main story. She'll still have her own mini progression path that will let gamers upgrade her moves and gadgets. In addition players will be able to use her to explore the environment and snag unique Riddler trophies only she can reach.

Check out the new trailer in the video below.