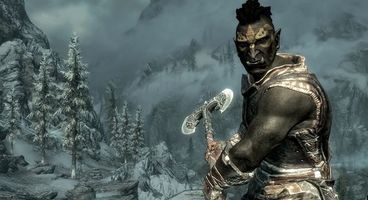 The Elder Scrolls and Fallout series from Bethesda have a reputation for buggy launches, with some gamers reporting corrupted saves and system crashes, but the publisher says that it's improved and will "continue to get better" at it.

"It's something we continue to try to address and design for," said Pete Hines in an interview with Games Industry. "If you go back and look, Fallout 3 was an incredibly stable game. Certainly not bug-free, but there's a difference for us between a rock that's floating a little above the ground, which is technically a bug, and one you might have that causes your game to crash or your save-games to get corrupted.

"So there's degrees. We start at the top and work our way down. Does the game load when you click on it? Does it save properly? That stuff. So it's something we're cognisant of. I think for Skyrim we built a number of things into the game to cover that and to try to improve that."

Will The Elder Scrolls V: Skyrim really be free of corrupt save files and crashes? We'll find out for sure when it launches for the Xbox 360, PlayStation 3 and PC on 11th November, 2011.