01 November 2011 | By Simon Priest
UPDATE: Cliff Bleszinski has tweeted: "There are issues on the LIVE side with the DLC right now. I can't fix it, guys, as I'm in Raleigh. No we're not holding it back on purpose." 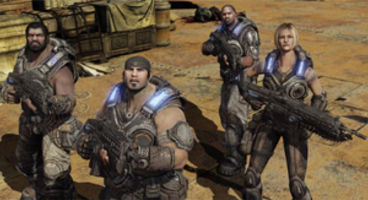 ORIGINAL: Epic Games' Horde Command Pack DLC for Gears of War 3 will not be releasing today as it suffers a delay, and the studio is yet to offer a new date for the 800 MSP content.

The development team are "working around the clock to resolve this" which is apparently a "technical issue," and Epic apologize saying they "understand the frustration" of fans.

"We apologise to those of you who are anxiously awaiting to play. We know this is disappointing news as we've seen a lot of posts today showing excitement for this content. We have folks working around the clock to resolve this issue ASAP so you can all play and enjoy the Command Pack."

"I understand the frustration," they continued, "but it would be unfair to communicate an ETA that we don't have. Better to give you solid information when we know more." No updated timetable for the DLC has been revealed. It costs 800 MSP, however it's also a part of the Gears of War 3 Season Pass which is priced at 2400 MSP.

Targetting December 13th is the Raam's Shadow DLC which is a story-driven add-on that explores events before the original Gears of War, where we play as Locust commander General Raam - the first game's boss.