New action-RPG from Square Enix, "worldwide market in mind with this title" 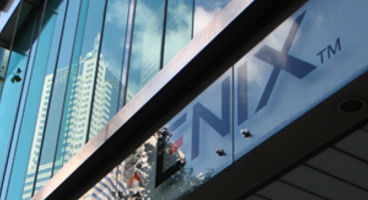 Dragon Quest IX co-producer Ryutaro Ichimura is now heading up an internal project at Square Enix on a new action-RPG, but they're "not trying to make a game for overseas gamers".

It'll have a global appeal but one that "only Japanese people like us can make." Ichimura-san wants to surpass the "'good enough' imitation backdrops" that exist in titles set outside Japan.

He says they're working close with international staff, so they can "gauge what gamers want right now" and go a step further. The action-RPG is powered by Unreal Engine 3.

"We do have the worldwide market in mind with this title," Ryutaro Ichimura told Famitsu, "and we're prepared to deploy along those lines. However, we're not trying to make a game for overseas gamers -- the challenge we're undertaking here is to present a fun game to the entire world that only Japanese people like us can make."

He's after a more 'authentic' title now and so it can't follow the traditional Japanese mould. "I think Japanese studios have a tendency to make these 'good enough' imitation backdrops when they're making a game set outside of Japan."

"We're working closely with our overseas staff to keep this game from winding up that way. We're not trying to push what we want to do on others -- our approach is to gauge what gamers want right now and take that one step forward. That's why I've been traveling around the world for the past two years to fully investigate our potential userbase."

"If anything seems off to the gamers in terms of art style or the test gameplay, we write detailed reports and rework the problem area. Now we're finally at the point where the foundational research and technology is pretty well set in stone. It's a new experience for me, but this trial-and-error approach is what I've set out to do from the start," he said.

The game hasn't been nailed down for any platforms just yet; it could be after the next generation. "Working on an in-house project is another first for me," he commented, "and having an entire studio working right next to me is a really amazing experience. Having worked with UE3 before, the speed this trial-and-error process is going is extremely fast."

"We have a core team of about 35 people right now, but really, there's only a few people in each individual section."

It would appear this action-RPG will support online play: "We have experience making RPGs, but not exactly with action RPGs, so we're going to have a special need for people with extensive action experience -- as well as network experience, because that's certainly going to feature in the game too." Can Square Japan avoid being too Japanese?