Yakuza 4 will have 6 hours of cutscenes 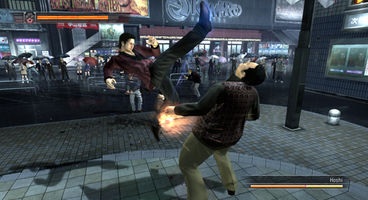 Sega's Japanese gangster game developed by CS1 team Yakuza 4 will have 384 minutes of cutscenes, which comes out to six and a quarter hours of CGI movies. This was revealed in a recent rating of the game by the BBFC, which gave the game an 18 rating for "strong bloody violence and strong language".

In comparison Dragon Age II has 103 minutes of cutscenes while Killzone 3 has 70 minutes.

Of course, having a massive amount of cutscene fodder isn't necessarily a good thing. Metal Gear Solid 4 forced players to twiddle their fingers with an obscenely opening cutscene. Hopefully the cutscenes in Yakuza are skippable, because six hours is a lot to ask a gamer who wants to play the game.