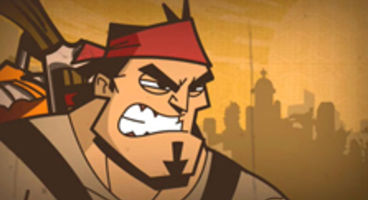 Shank developer Klei Entertainment nearly lost it all they reveal at a GDC 2011 panel. The studio was on the verge of financial collapse before the finish line.

Founder Jamie Cheng took a bank loan against his home to fund the project. They accepted EA Partners' deal as it let them retain the Shank IP.

To keep Kiel operating they started a temporary and optional employee wage reduction scheme, offsetting the hit in pay with interest. An unnamed publisher offered to inject some cash but boss Jamie Cheng turned them down instead going with EA.

"We kept the IP, we kept the creative freedom; it was the good stuff," he remarked, speaking of the much fairer deal with EA Partners. First day sales of the ultra-violent Shank outsold Klei's lifetime sales of puzzle game Eets: Chowdown.

The gamble ultimately paid off as XBLA records at Shank at 41,000 units sold within its first week, "which is respectable and profitable for everyone," commented Cheng. PC sales weren't near as high initially but they have a "really long tail and just keeps on going."

The preview builds of Shank shown to the press at the time only had two levels, and that was the entire game. The remaining 13 were put together between March and June last year. Ultimately XBLA should support 'gifting' and recommendations said Cheng.

Have you played Shank, videogamer?