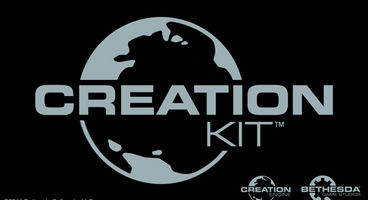 Since The Elder Scrolls III: Morrowind, the best part of owning the PC version of an Elder Scrolls game was the multitude of mods and levels that would be created by the fans using the Creation Kit. Bethesda has announced that the Skyrim Creation Kit will be arriving in January.

According to the Bethesda Blog, the Creation Kit will be a free download, and will be the same tool used by the developers themselves to create content for the game. In addition, a new Wiki will be posted along with videos to help gamers get started.

With Skyrim, however, distribution of mods will be easier than ever with the Steam Workshop, which will allow players to publish and download mods at "the push of a button". According to the blog, "The Creation Kit will bundle your mod and upload it to the Workshop, where everyone can browse, rate, and flag mods for download. You’ll be able to do this from any web device, including your smartphone. Like a live Netflix queue, when you fire up Skyrim, mods you flagged will be automatically downloaded and installed."

That's not to say Steam will have a monopoly on file sharing. Bethesda promises that players will still be able to upload, share and access Skyrim mods on fan sites as well.

In other news, Bethesda also promises to release an incremental update to fix some of the problems brought on by the 1.2 patch, including magic resistance issues and "the rare, amazing backwards flying dragon." Bethesda also notes that console updates will be coming, as those updates require console manufacturer certification.