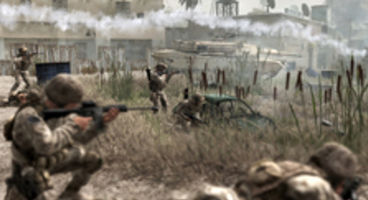 Infinity Ward's Robert Bowling has elaborated on his "counter productive" comment to an all-new engine being built for Call of Duty; it was 'hypothetical'.

They "iterate on a solid base" and never build an engine from scratch "for any game". Almost all studios use 'tuned-up engines' to build their games.

"I was speaking hypothetically and from a top-line philosophy that building a ground-up engine is counter productive," he said, clarifying his twitter comments.

He was "not referring to any specific project, simply clarifying with that user that we never - for any game - build a 'brand new' engine, but iterate on a solid base as you noted in your article, adding what's needed and innovates it."

"The key point is the difference between inferring 'nothing new' and what we were actually discussing which was 'ground-up'. This is standard, as near every engine currently in use by us and other developers are iterations on their previous codebase."

The next major instalment to Call of Duty is due from Infinity Ward. Bowling wouldn't given anything away though, saying only they've "a great team working on a great project". It's likely to be set in the Call of Duty: Modern Warfare universe.