THQ: Homefront will "influence" whether Kaos relocates or not 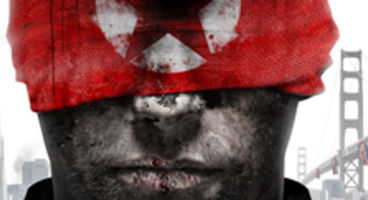 Danny Bilson of THQ has addressed the rumours that the publisher plans to close Kaos Studios down in New York, relocating them to Montreal, Canada.

He said it depends on what the "economics are" for Homefront, meaning if it sells well enough they can likely stay. They "haven't made any decisions" yet.

"Y'know, I think that the power of the guys in that studio who really built this game – I really have tremendous respect for them," said THQ core games VP Danny Bilson.

"I tell them the more successful a game is, the better the economics are for the franchise, and that will help to influence what we do. So we haven't made any decisions at the moment. That's the truth. We're going to look at how it goes."

"A lot of it has to do with how successful it is and how strong that core team comes out on the other side," he added. "I love those guys. I've worked very closely with them on this game for years. There's nothing disrespectful going on at all."

"We're trying to do what's best for everyone." There's a great deal of hope for the NYC-based Kaos Studios as THQ have said Homefront has incredibly strong pre-order sales of over 200,000 in the US, the publisher's best pre-order performance ever.

THQ unveiled a new Montreal-based studio where they intend to employ around 400 developers eventually, and is to be helmed by former Assassin's Creed creative director Patrice Désilets. The ex-Ubisoft man has already poached other Ubi talent.

"I understand that he has an idea of what he wants to do, but I honestly don't know what it is. Somebody who knows him said 'Oh, I've heard it, it's really cool' and I said 'Well, I haven't'. And that's the truth as I can't legally know," commented Bilson.

"But I trust him – he's a tremendous talent and I'm looking forward to it." Désilets can't officially begin working for THQ until his non-compete agreement with Ubisoft expires next summer. Whatever it is he'll eventually have hundreds of staff under him.