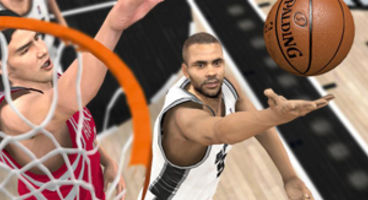 The multiplayer servers for NBA 2K11 are shutting down just 13 months after release, as successor NBA 2K12 released last month. This brings a close to the popular 5v5 My Crew action.

The feature, which didn't carry over into NBA 2K12, let 2K11 host full 10-player online matches. 2K is yet to announce if and when My Crew would return to the series in the future.

It was dropped from NBA 2K12 for being 'too difficult' to cater for. It allowed 'My Player' created players to team up in five-on-five games online, which meant 10-player online basketball matches.

NBA 2K10's multiplayer service lasted 15 months post release, while 2K9 managed almost 2 years. Have you had the servers pulled on you before with a favourite sports videogame of yours?