Holiday season sees an abundance of Sports titles vying for attention. A game needs to be very special to be noticed, and NBA 2K11 is exactly that.

The multiplayer servers for NBA 2K11 are shutting down just 13 months after release, as successor NBA 2K12 released last month. This brings a close to the popular 5v5 My Crew action.

The feature, which didn't carry over into NBA 2K12, let 2K11 host full 10-player online matches. 2K is yet to announce if and when My Crew would return to the series in the future.

Sony America SVP of Publisher Relations, Rob Dyer, admits that while Microsoft enjoys a "massive lead on the hardware side," PS3 does better with software.

For every PS3 sold about 1.6 Xbox 360s are, but software growth is "happening on the PS3," he says. Xbox 360 and shooter association no "cause for alarm" yet.

The June NPDs are in for software sales, and L.A. Noire and Duke Nukem Forever lead the competition, with inFamous 2 coming in third. The rest of the games include family oriented titles (LEGO Pirates of the Caribbean, Cars 2, Just Dance 2) and months-old games (Mortal Kombat, NBA 2K11, Call of Duty: Black Ops).

Fiscal year 2011 for publisher Take-Two is flush with cash thanks to a year-on-year net revenue growth of 49 percent to $1.14 billion; a profit too.

There was no $108.1m loss this fiscal now passed; instead they made $53.8m. Red Dead Redemption has sold 8.5m copies since launch. What's next?

2K Sports has announced that NBA 2K11 has sold nearly 4M units worldwide since launch, making it the fastest selling title ever for 2K Sports. 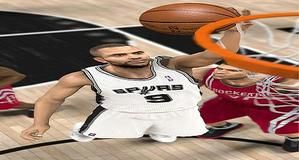 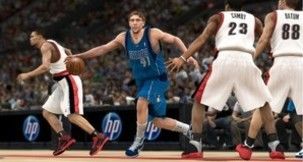