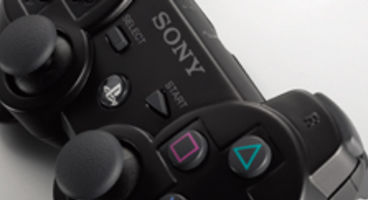 Sony America SVP of Publisher Relations, Rob Dyer, admits that while Microsoft enjoys a "massive lead on the hardware side," PS3 does better with software.

For every PS3 sold about 1.6 Xbox 360s are, but software growth is "happening on the PS3," he says. Xbox 360 and shooter association no "cause for alarm" yet.

What matters most is relativity to the install base argues Sony's Rob Dyer.

"So if you look at the index ratio and see that where they might have this massive lead on the hardware side, the people that are buying software, when the software growth is happening, it’s happening on the PS3," said the Sony America SVP.

He gave several examples where the PS3 version of a high profile game outperformed the Xbox 360 in relation to the install base for the console. Anything below a 1.6 index ratio for Sony is considered 'favourable' by the higher ups.

"If you have a choice between buying a PS3 version and an Xbox version of Mortal Kombat, which one are you buying?" continued Dyer.

"You’re buying the PS3 version because you can play as Kratos. Although Microsoft has a 1.6 to 1 index ratio against us, we outsold them on Mortal Kombat nearly at a 1 to 1."

"So that is due in large part to the exclusive content that you’re getting on disc. You’ll see that happening on almost every case where we’ve had a game that they’ve supported with on disc content or with exclusive DLC."

Examples given by SCEA (via NPD data) for good performers:

-Included Kratos as an exclusive playable character in PS3 version

Medal of Honor: Index ratio of 1.2

Valve's Portal 2 got an index ratio of 1.6, and Sony says, "while the 1.6 index ratio is on par with the hardware index ratio, it is below the total index for shooting genre title on both platforms of 1.9. The PS3 version exclusively included a PC version of the game and Steam integration. Also, important to note, that Valve had a heritage on Xbox and this was the first title in this generation that shipped day and date on both platforms."

SVP Dyer was particularly impressed that EA's Medal of Honor did so well on PS3 given that Xbox 360 is considered the default shooter platform by most.

"So here Microsoft owns the shooter category where...everyone talks about how that’s their genre. Medal of Honor, because we gave away a free copy of Frontline on the disc, wildly over indexed on ours. Microsoft absolutely felt that," boasted the executive.

"They’re going to be a month exclusive... But they’re not running any higher than what the index ratio is - they’re right at 1.6. In spite of all the millions that Microsoft has spent on that relationship with Activision, people aren’t voting to buy a 360 version of that over and above a PS3 version, given the installed base."

"As much as people might associate Call of Duty and the shooting genre with 360, we don’t see that as a cause for alarm right now. What we’re hoping for, given the announcement we made at E3 with Battlefield (full Battlefield 1943 game included on disc), we believe that we are going to have a major player here with EA on our platform - and well over indexed given what we’re doing with them in order to promote that title."

Always working in PlayStation 3's favour is the fact that multiplayer over the PlayStation Network is entirely free whereas Xbox Live demands a subscription charge.