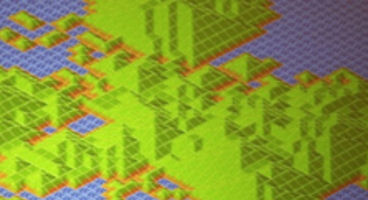 At the GDC, Lionhead Studios' Peter Molyneux unveiled a little private coding project he's running outside of his studio called 'FeedMe', based off Populous.

It apparently supports 256-players and it's inspired by the Commodore Amiga's Populous. During his little demo he ended up debugging a fatal C++ error.

He showed the audience a high resolution shot of the original Populous world that eventually went on to spawn to full sequel titles. The series involves manipulating the world around you to overcome challenges. Viewers spotted Minecraft on his taskbar.

FeedMe is entirely programmed by Molyneux himself. How about shaking the EA tree and nabbing the Populous IP back Mr Molyneux? We could sure use a fourth...