The Witcher 2 edited to meet Classification Board requirements in Australia 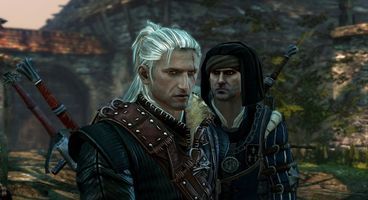 The Australian Classifications Board has allowed The Witcher 2: Assassins of Kings to be released in the country after an edit was made to remove a choice to take on a sexual reward.

"The modification was a small change we requested the developer to make to one scene during one of the games side quests," a Namco Bandai spokesperson told GamePron. "In the original version your character Geralt was given the choice of accepting sex ‘as a reward’ for successfully completing this particular side quest. The Australian Classification Board originally refused classification as they deemed the inclusion of ‘sex as a reward’ as not suitable for an MA15+ classification."

The spokesperson assures us that this edit won't have any impact on the gameplay or storyline, and that it was only a minor change.

“The change is only minor, in that the character choice is now made automatically for him. The character and the side quest are still in the game but presented in a slightly different context,” he said. “No other changes have been made and this change has no impact on gameplay, storyline or character development.”

The Witcher 2 will be unedited in other territories when it releases on 17th May for PC.