Being in "everyone else's business" Naughty Dog's key to quality 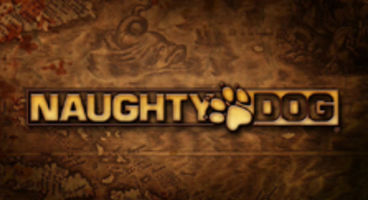 Uncharted 2 was born out of the "organised chaos" that is Naughty Dog's studio culture, says designer Richard Lemarchand. Nobody leaves "anyone alone".

Naughty Dog doesn't like assigning producers to a project in a traditional sense, as they prefer to just let anyone with a strong idea take it to the team and see if there's a consensus that emerges 'organically' or not.

"But the good thing about it is that, unlike some studios where the production effort can bog down the development effort with over organisation and bureaucracy, at Naughty Dog anyone who wants to take the production responsibility can do so," said Richard Lemarchand.

"It doesn't matter if you're the president of the company or the most recently hired, relatively junior artist, if you want to make something happen you can do it." This only works though when all levels of staff are free to communicate with anyone at the studio.

"Everyone is in everybody else's business all the time. Nobody leaves anyone alone at Naughty Dog, and that's part of what makes it work," explained the designer.

Hiring the right type of person is crucial. "...it's very important that the team themselves be every good communicators, so when we're hiring at Naughty Dog we're not just looking for skill in art or programming, we're looking for people who are good collaborators, who have the communication skills to work right across the team on whatever."

"So the idea of being in other people's business is sort of pivotal to the way we work at Naughty Dog. We've even structured the physical layout of the office to take that into account." Few have offices with closable doors at Naughty Dog and the rest of the team work in an open office space to encourage the exchange of ideas.

"And if there's something happening on that screen that you're interested in you should walk over; if, say, an animator is talking to a programmer and you've got something useful to contribute to the conversation then you're encouraged to do so."

"Again, what it means is you get lots of bright minds looking at the game from lots of different angles all the time, and that's definitely a part of what raises the quality bar."

"It also gives a feeling of meritocracy about the place - meritocracy in terms of the ideas that are going to thrive. If everyone is freely sharing ideas all the time then the good ideas are going to naturally rise to the surface," added Lemarchand.

"I think there absolutely are more places we can go with the PlayStation 3, even though Naughty Dog famously said we were starting to take full advantage of the capabilities of the machine with Uncharted 2," he continued.

"Certainly, what we're doing with Uncharted 3 shows that there's plenty yet to coax out of the machine." They've got some fancy new lighting. "There's lots of technology that we've innovated with just for this game, like our dynamic water simulation for the sea - just as a for instance, one of the dozens of things that we've done."

"I think that because of the way that the cell processor works and the unique architecture of the PlayStation 3 - just as with the PS2, and the very late generation games on that console." Check out the full interview between Richard Lemarchand and GamesIndustry.biz.

Uncharted 3 releases exclusively on PS3 November 1st in the US, 2nd in Europe.