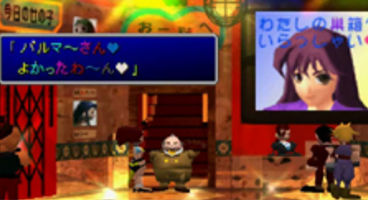 14 years post launch isn't too long for fans to still be digging up gems. Final Fantasy VII which came out in 1997 has just had an unused scene discovered.

The melody 'Comical' was found but wasn't known what purpose it had, but now we all know. The scene has a manager of Shinra interrupt fun times being had.

If Cloud speaks three times to the receptionist at an unused Honey Bee Inn lobby it will trigger the scene in the Japanese version of the game. The manager and Palma then have a chat with the melody 'Comical' playing in the background.

And you thought you were a hardcore Final Fantasy fan? 14 years!