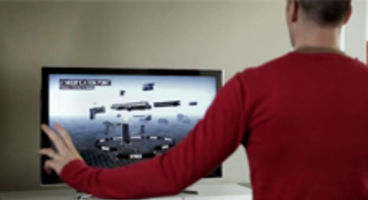 Perhaps not specifically, but something futuristic and exciting to use. Kinect gestures and voice commands can customise player weaponry in Future Soldier.

"I think the Kinect functions will appeal to a wide variety of players," said Ubi's Thad Sasser. "Any player who's a builder type of player - I'm a builder, I like to take things apart and put them together." Its Kinect support was debuted at E3 2011.

"It also appeals to people who love the min-max aspect of RPGs, people who want to tweak a thing and make it plus one here, minus one there. And the people who just want to personalise that, and feel like 'I built that, that's my weapon', feel like you've built a relationship."

"It's definitely something we felt made a big improvement to the game, and something the audience wanted," he continued. Ubisoft showcased GunSmith in action during E3. Ghost Recon: Future Soldier releases on Xbox 360, PS3 and PC at an undisclosed date.