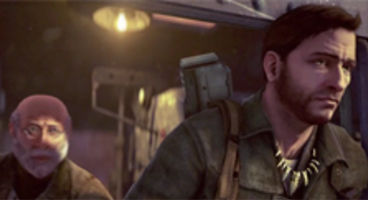 Insomniac Games' shooter Resistance 3 has achieved Gold status they announce, meaning it has "been delivered to manufacturing" ready for September 6th.

The team's work "isn't complete" as they're working on the Online Beta and are readying a "Day 1 Patch" for launch day. Demos included on the Blu-ray disc.

"I’m here today to bring the news that Resistance 3 has gone gold, and has been delivered to manufacturing for its September 6th release date," said senior community manager James Stevenson of Insomniac Games.

"Everyone here at Insomniac is excited for you to get your hands on the game we’ve been working so hard on for the last three years."

"Even now, our work isn’t complete, as we are actively working on the Online Beta, and will be bringing a Day 1 Patch to the game to bring updates and tweaks to the final product," continued the developer.

"The public beta begins today for folks who have codes from SOCOM 4, so we’re looking forward to fragging you online." Don't forget that Resistance 3's Blu-ray disc has demos for Killzone 3, MotorStorm Apocalypse and inFamous 2 - the first two are 3D as well.