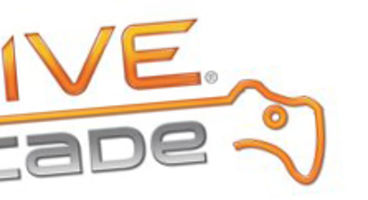 World of Goo creator Ron Carmel argued that Xbox Live Arcade has reached its peak, but analysts aren't in agreement although "some of his points are valid".

Not every title is the "right fit for every service," notes EEDAR's Jesse Divnich. They're "seeing some fracturing" among devs as other services continue to rise.

There's no peak agree analysts. "But Microsoft should take a look at Ron Carmel's piece," said Billy Pidgeon of M2 Research, "which eloquently makes the case (and backs it up with data) that XBLA has peaked for a specific group of independent developers who are responsible for high quality games that outsell the average XBLA game."

Ron Carmel says the 'XBLA peak' is because the "ease of working with the platform owner was voted the most important factor in choice of platforms." This makes it "perfectly clear why XBLA, despite being a very strong channel with a large audience and huge earning potential, is dropping in popularity among these developers," explained the developer.

M2 Research's Pidgeon continued: "Sony is acquiring more unique content for PSN, and in many cases it's exclusive content, which will cost Sony more but will clearly differentiate their online games store from XBLA and other competition."

Analyst Jesse Divnich of EEDAR added: "In terms of digital games delivered through a home console, Microsoft will continue to be the market leaders."

"I am not disagreeing with Mr. Carmel, I believe some of his points are valid and any digital service provider has its own restrictions and hurdles. Not every game is the right fit for every service," he added. "We certainly are seeing some fracturing among developers, and Xbox Live and PSN are no longer the only option for game distribution."

Wedbush Morgan's Michael Pachter doesn't see a problem. "That doesn't sound right to me," he said, in response to Carmel's argument. "If anything, there are more titles than ever, but we haven't had a Braid or Limbo so far this year."

Ron Carmel says he went to 200 indie studios and found that Xbox Live Arcade was losing support because of Microsoft's imposed constraints compared with other far more open platforms. Also because of the rise of PC, Mac, iOS and Android games.

"Of all the online games markets," added Billy Pidgeon, "I think Steam may have the best offering for gaming enthusiasts so far."

"The PC is the ideal platform with the most reach, Steam's timed specials help games sell more but hedge price erosion, and it's a great experience for gamers who use it."

"The Xbox Live Indie Games market seems a waste of a good opportunity," he continued. "What should be a showcase for indie games is more like a swap meet."

"It's worthwhile to let anybody make a game with XNA, but there should be a 'top shelf' for the best independent games."

"Indie games are like indie songs: most of them suck, but the ones that don't are unique and deserve to be bought, played, talked about, discovered and awarded."

Do you feel Xbox Live Arcade may have peaked among the more creative indie studios? Is the writing on the wall but Microsoft is burying their head in the sand?