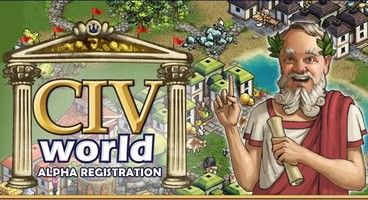 The Facebook version of Sid Meier's famous strategy game, Civilization World, is now in open beta for all who want to check it out. Meier himself worked on the social network-powered Civ title.

Civilization World features you starting your own region, and getting friends to collaborate with you to form a civilization to conquer others. Players co-ordinate in churning out production or culture, while researching technologies and sharing advances. The game stresses co-operation and competition on a few levels.

"Civ World games will have a well-defined beginning and end, each ending with a triumphant civilization and one person recognised as that game's most prestigious player," Meier posted on the Facebook page. "Along the way, as you progress through the different eras of time, you'll have the chance to win era victories as well. We want players to have both a final goal to work towards, as well as short-term objectives to achieve as they play."

"The trophies you unlock with your triumphs will carry over from game to game, and you can show them off in your throne room."

The game is free to play, with some microtransaction monetization, but players can't buy their way to victory. Check it out here. 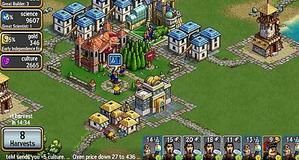