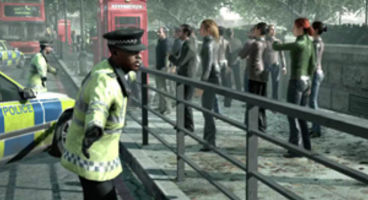 Several independent retailers in the UK have gone and broken the street date for Call of Duty: Modern Warefare 3, even as early as late Friday afternoon. Matches have been raging over the weekend.

It's a risky move as Microsoft warned there could be consequences for playing before the official launch. However Infinity Ward promises there will be no ban hammer action.

Last week US retailer Kmart accidentally began selling Modern Warfare 3 due to a clerical error, while 6,000 copies in France were stolen over the weekend.

"No plans to ban legit fans, but try to wait til midnight launch on Tuesday to play #MW3," twittered Infinity Ward creative strategist Robert Bowling. "Can't wait to jump online with everyone then!" Have you got an early copy, videogamer? Call of Duty: Modern Warefare 3 releases on Xbox 360, PS3 and PC November 8th, with a midnight launch tonight.