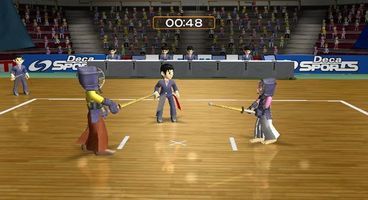 The North American arm of HudsonSoft, Hudson Entertainment, will be closing up shop.

Hudson Entertainment was opened in 2003, and developed such games as the digital downloadable versions of Bomberman, as well as games like Deca Sports and A Shadow's Tale.

HudsonSoft's Morgan Haro posted on his blog about the closure, trying to bring "clarification" to the news, making sure people understood that it wasn't HudsonSoft that was closing, a company that's been around since the 70's.

He went on to give props to various individuals from Hudson Entertainment, saying "I should start by saying that over the past 3 years, I have worked with one of the most talented and knowledgeable groups of people in the industry."

Haro went on with some surprising candor that "all of Hudson's previously planned projects have been canceled" and added, " As usual, I was going to be tasked with the development of all the microsites and social media planning for the year, as well as handle the brand management for a handful of titles on 3DS, Kinect, and the NGP. And there were some really amazing cool ideas on the table on how we were going to push the envelope in those departments, including integrating some really awesome initiatives with social media as the platform. But what’s great is that I can take all that same creative energy that went into those ideas, and bring it to another wonderful company, or perhaps one day, a company of my own."

He then asked "WHO'S HIRING?"