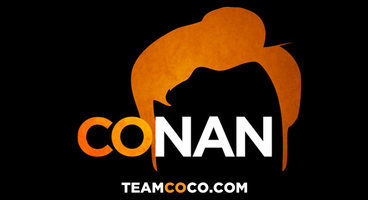 Microsoft may be getting into a platform-exclusive pay television streaming service for Xbox 360, as Conan O'Brien states he was approached by Microsoft to stream his talk show exclusively on the Xbox 360.

The show turned it down due to "too many unknowns."

According to Conan O'Brien executive producer Jeff Ross: "The Xbox thing - a lot of the conversations were 'well, it's a show, but it's not a show and there are no breaks, but maybe there are breaks and it's not 60 minutes, it's this' and nobody really knew what it was. So it was really going to be a leap of faith to jump in with these guys and figure something out which we didn't know. Plus there were 100 people who were out of jobs and that didn't bode well for that."

However, Ross called Microsoft's presentation "mind-blowing": "You meet with these guys and they show you all this stuff that they're developing and it's mind blowing. I think it's coming and it's big. It's just that we weren't in a position at that point to figure out what it was."

Gamasutra is reporting that Microsoft has been talking to "several" media companies about getting television content on the 360, and it could be a part of the 2011 Fall Dashboard Update. Xbox Live already hosts Sky Sports and ESPN.