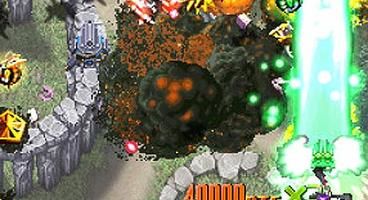 The publisher has already released Deathsmiles for the Xbox 360, and DoDonPachi Resurrection will be released later this year. Rising Star wants this to become a regular feature of its future line-ups.

“Deathsmiles performed well for such a niche game and met expectations,” product manager Yen Hau told MCV. “It certainly performed well enough for us to return with another game from Cave.

“DoDonPachi is Cave’s flagship series, and carries a bigger reputation among the community. It has been in demand for several years and is a must-have for those fanatical about the genre.

“As such, we expect it to outperform Deathsmiles and that’s why retailers should be excited about its impending release. I am confident this will lead to other Cave games in our library.”

Would you be happy to see more Cave games brought over to the UK by Rising Star?