"No reason why" casual market "would not overcome" hardcore 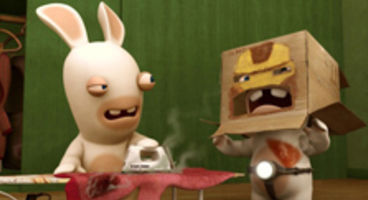 Ubisoft CEO Yves Guillemot believes eventually the casual gamer and the money they bring to the industry could overtake revenue from 'hardcore' videogames.

There's "no reason why" long term it couldn't happen as there are more "interested in buying casual" than triple A. Ubisoft gets 40 percent revenue from casual.

The Ubisoft boss sees the evolution of hardware must include more accessibility. "In the long term there's no reason why the casual would not overcome the hardcore business because there are more people that are interested in buying casual," he said.

"We were amazed by the success of Just Dance and it showed that lots of people, when you really bring the game that they are interested in, they actually buy huge quantities."

Ubisoft makes a pretty penny from Raving Rabbids, Just Dance and the Imagine series. They recently acquired free-to-play developer Owlient. They have about 20 Facebook apps running with around 10 million monthly active users.

"More interaction with people, the possibility to adapt content to the time that people want to play," said Yves Guillemot, describing what the next hardware must feature. "To to be more of a service to consumers that can get and get out. So the software will have to be very different so that everyone can play and can take from those the games the bit they want to get."

Ubisoft and 'accessibility' are double-edged for PC gamers as that has meant their titles for desktop coming with 'always-on' DRM which the publisher claims has significantly stemmed piracy for their PC games but also provided connectivity and content.