Rotastic is described as an "easy-to-learn" game that doesn't take itself too seriously. Players collect items, escape deadly traps, send their opponents flying to their doom, smash bricks, execute aerial acrobatics and can even try to top the fastest speedruns. The solo campaign consists of 7 different worlds with 70 levels on offer in total. 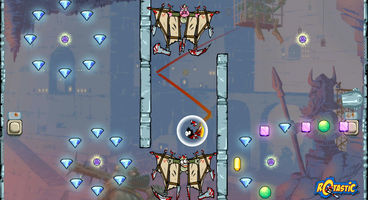 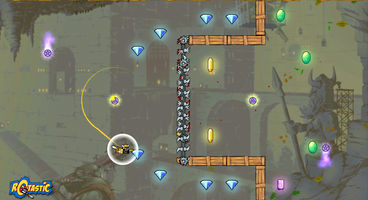 Multiplayer allows up to 4 players to battle in local games with modes such as Deathmatch and Item Collect. Steal gems and slice each other’s ropes, sending your foe flying into the bottomless pit below.

The game is being developed for the PlayStation Network and PC too, but it won't be available until Q1 2012. 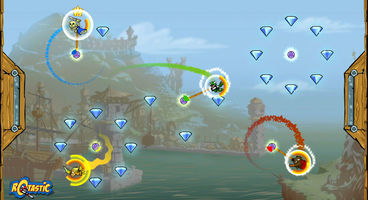 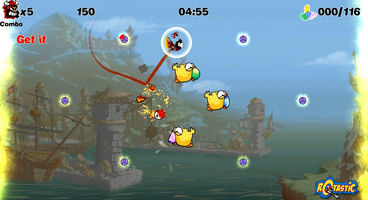 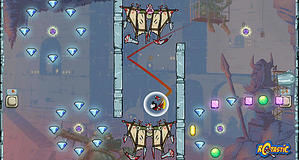