Wargaming.net: "World of Tanks would take EA 2 1/2 years to develop" 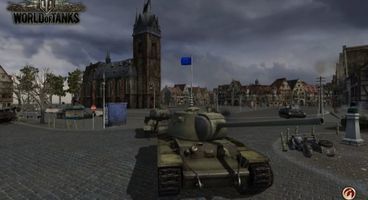 Wargaming.net CEO Victor Kisly claims that it would take Electronic Arts two and a half years to replicate World of Tanks.

When PC Gamer writer Owen Hill was asked to name a free-to-play game on Steam, he answered Spiral Nights and Champions Online, forgetting Team Fortress 2. Kisley pointed out a peak of 2000 concurrent users for the game, while stating: “World of Tanks, three days ago, in Russia alone – 180 thousand. All the free to play games on Steam combined would be within the statistical deviation of World of Tanks in Russia.”

“We want to co-operate with Steam, really. They’re successful, and hugely right in what they did with boxes. They were first to realise that boxes would die off on a massive scale. They started building the infrastructure before the bad times for the box began. It started like a sort of dynamic IP Protection, as in copy protection, and then evolved into a platform… the one and only." Kisley continued.

“They allowed PC gaming industry to actually survive. I thank the team very much for that.”

When asked about "copycats", Kisley said: “I’ve done a lot of games before. I’ve done a lot of engines before that, and the engine that World of Tanks has behind it is unique. It’s a combination of big worlds, cool new load balancing and server side technology. It’s not hackable; it would take such a company as EA or someone in their position at least two and half years just to replicate World of Tanks to the same level of technology. So… welcome to the club!

“But, we don’t have to be that arrogant, we believe that the best service, including increasing the quality, new content, new maps, new tanks, new modes, satellite games – we have to keep working hard with increasing capacity. Right now we have five hundred people, developing and supporting World of Tanks and our other two games.”

One has to wonder about Kisley tempting fate by proclaiming World of Tanks "unhackable".