Uncharted 3 patch on the way 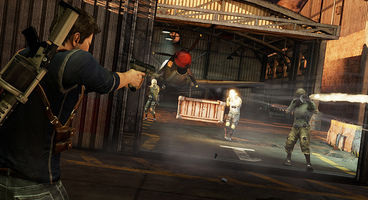 One of the biggest issues with Uncharted 3: Drake's Deception has been the inexplicably sluggish controls for the game. Developer Naughty Dog had initially dismissed fan complaints regarding the controls as "inaccurate", but they apparently have reversed that opinion. The Naughty Dog community manager Arne Meyer invited two fans from the official Naughty Dog and NeoGAF forums to "talk through the issue" with the designers.

The meeting was apparently fruitful, according to one of the invitees, a NeoGAF poster named Cartidgeblower. According to him, in a NeoGAF post, "First off, the guys at ND were totally awesome and seemed to be fully genuine in wanting to get a fix together as soon as possible."

He added, "I sat down and played with a couple tweaked versions of the new controls, and they were definitely more in line with the MP and UC2. They seem to have fixed much of the dead zone problems, and are adjusting the sensitivity so you can go even higher than what 100 per cent is now.

"They were literally making changes ON THE FLY as we played, and asking us what we thought of them. They would tweak things like sticky radius, sensitivity, etc."

"Also, they mentioned motion blur is definitely getting fixed for SP. Very cool. They mentioned more about a patch coming out very soon, but again, Arne has told me not to give anything more specific away."

Uncharted 3: Drake's Deception was released on the PlayStation 3 last week on the 1st November,and is currently enjoying a 93 Metacritic score. However, the User Rating on Metacritic is only a 7.9, which may be an indication of frustration with the launch issues with the game. Let us know what you think.