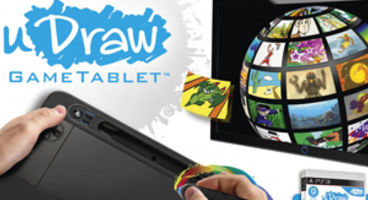 Publisher THQ is left disappointed by uDraw's sales on Xbox 360 and PS3 as it performed "weaker than expected," despite its "strong success" on Nintendo Wii throughout fiscal 2011.

Meanwhile WWE '12 and Saints Row: The Third are believed to be meeting, or even exceeding their targets for THQ. Analyst Doug Creutz downgraded their shares to 'Neutral'.

No longer are THQ predicting net sales to be within the $510 million to $550 million range, but around 25 percent below that because of uDraw's unsatisfactory time.

"Despite uDraw’s strong success on the Wii in fiscal 2011 and market research indicating strong demand for uDraw on Xbox 360 and PlayStation 3, initial sales of our uDraw tablet and software on these high-definition platforms have been weaker than expected,” said THQ's Brian Farrell.

“WWE ’12 and Saints Row: The Third are expected to perform at or better than the levels we discussed on our fiscal 2012 second quarter earnings call. As we continue to move through the third quarter, we are focused on driving sales of our key holiday titles and maximising profitability.”

Analyst Doug Creutz of Cowen & Company has downgraded THQ's shares from Outperform to Neutral, citing the "very weak" uDraw demand as retailers widely discount it by $20 in stores.

“Demand for THQ's other two key titles appears likely to support management's expectations (3MM+ units of sell-in for 'SR3' and a moderate y/y decline for 'WWE' on a diminished SKU count), but upside to these expectations appears unlikely to materialise based on our read of sales trends to-date,” said Creutz.

The results of THQ's Q3 will be announced in February 2012.