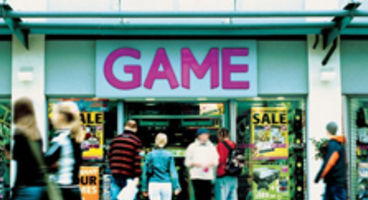 More stores will be added as time goes on. This makes it "much easier to buy" downloadable games they say. Trade-ins count against the cards.

Pricing for the Xbox Live goods start at just £2.04 and are all individually priced, as they are not just Xbox Live Microsoft Points cards. Trade-ins of older titles are able to be put against the DLC purchases and earn GAME Reward Points like any other item.

“We know that lots of customers want to play downloadable games and they look to us, as expert retailers, for advice on the best way to do it," GAME's Tricia Brennan stated.

"We’ve listened to them and worked with Microsoft to provide the answers. From today it will be much easier to buy downloadable games as they will be able to buy digital games in cash for under a fiver."

Currently 40 stores are peddling the digital wares via codes, but more will be added as the six month trail between GAME and Microsoft progresses.

"We’re excited to offer this program to UK consumers as we see this as an innovative opportunity to work with GAME in delivering Xbox 360 owners yet another highly attractive choice at retail," said Microsoft UK executive Neil Thompson.

Will it last? Can GAME match or even beat Xbox Live prices?