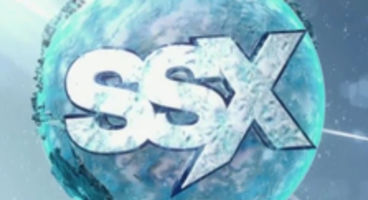 The upcoming reboot of SSX from EA is "finally delivering on the fantasy" for snowboarding fans of the series as we can "trick and ride off anything" in sight.

Creative director Todd Batty says if you "can jump off it, you can trick it." See an edge? Then grind it. They're detecting surfaces "all around the rider" all the time.

"We’re finally delivering on the fantasy for the player of begin able to trick and ride off anything. In SSX, if you can see it, you can ride it,” said Todd Batty. "You can jump off it, you can trick it. If it’s got any kind of edge to it – like the Great Wall here – you can grind it."

"Gone are the days off oh, there’s a log, and I can grind that log. We are detecting the surface all around the rider and just scanning and looking for sharp edges and if the player requests a grind and it’s sharp enough, you can grind it.”

The team has approached the IP "carefully, and with great trepidation” so as not to anger the loyal fanbase of the SSX series. He believes the new SSX has "all the madness – and then some new madness,” and asks for fans to be patient for greater reveals later.

"We have some really cool innovations coming... we’re sort of saving that for gamescom, where we’re really gonna unveil everything that we’re doing.”

SSX: Deadly Descents releases on Xbox 360 and PS3 at an undisclosed date.