10 February 2011 | By Jonah A. Falcon
Film composer and former Pop Will Eat Itself frontman Clint Mansell, best known for his work on Pi, Requiem for a Dream, Moon and this past year's Black Swan, will be scoring Mass Effect 3. The information was outed by Mansell during an interview on scoring music. When asked if he'd work for other outlets like computer games, Mansell responded by saying: "I'm doing a video game this year actually. Mass Effect 3". 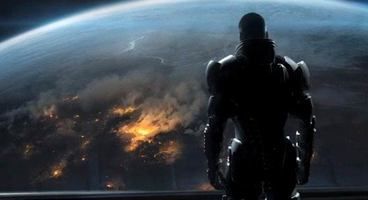 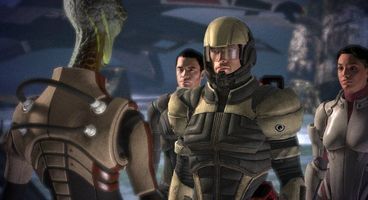 "As I was saying about Public Enemy and re-working old hip-hop tunes for Requiem, and kind of re-working old ballet tunes for Black Swan, with something like Mass Effect you're more like a DJ, with all these elements," said Mansell. "You've got the holding pattern, then the big explosion where you need the score to kick in. Then you need to take it off on a tangent. You've got all these different elements that change depending on what the player does. You have to figure out an overall symphony, but be able to break it down into component parts. You can bring the pain when required".

Jack Wall scored the previous two Mass Effect titles, and it is unknown whether the composer and orchestra conductor is still involved with Mass Effect 3. We'd guess so, since Wall would be overseeing Mansell's work and making sure it fits with the established music. No confirmation on this, however.

Here is a sampler of his work from the film Moon.