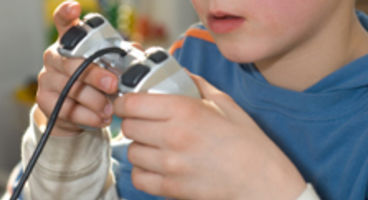 A Devon teacher at a primary school begun questioning some of his pupils why they couldn't concentrate in class and found 'three-quarters' were gaming.

The 10 to 11 year-olds were, in some cases, staying up late into the morning playing videogames, while others awoke early to play before school.

The teacher, Richard Gribble, said more than three-quarters of those he asked were playing videogames every night with some not falling to sleep until 0400 GMT, and others getting up as early as 0500 GMT to fit in some play before school.

"We're not trying to be killjoys and get everything banned but like many things in life it's about striking a balance. My main concern is the amount of time some pupils are spending on the consoles," said Gribble. He sent a newsletter to around 600 parents.

"The pupils admitted doing this behind their parents' backs," he said.

"The worrying thing is these pupils will soon be starting secondary school where they'll receive more homework and need to spend more time on their work." He also said 64% of his 26 pupils watched films rated 15, and saw 'adult content' on the Internet.

Gribble claims he has done this to work with parents, not against them. Do you often find yourself up late videogaming or otherwise adjusting your day?