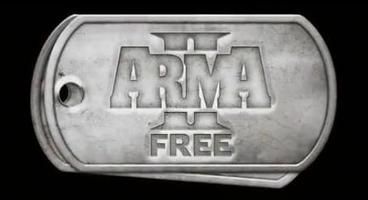 Bohemia Interactive has announced ArmA 2: Free, which will be a free-to-play online multiplayer game, which is the way many franchises seem to be going these days, like Battlefield and Ghost Recon.

According to the developer, "Create your own custom-built scenarios or deploy a massive selection of missions and game-modes made by others. No micro-transactions, no hidden costs, just the same epic terrain and huge variety of equipment! This is Arma 2 Free – virtual war without the training wheels."

The press release went on to promote the following bullet points:

* Free armory – A comprehensive range of 300+ weapons, units and fully-usable armed or unarmed vehicles across air, land and water classes.

* Free unique multiplayer – Multiplayer with large-scale maps for 50+ live players and hundreds of AI units. Supports a wide variety of MP modes from co-op and PvP modes, to total mayhem!

* Free dedicated servers – Both Linux and Windows OS dedicated server support for users to host freely wherever and however they like even to play together on the same retail game-servers.

Players can check out ArmA 2 Free from the official site here.